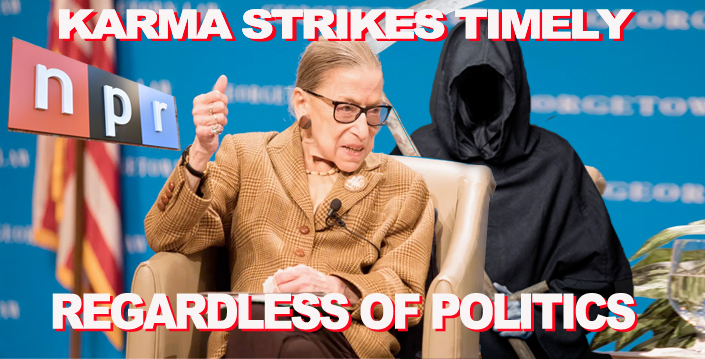 As a Levitical priest by bloodline, and ‘Messianic Jew’ by informed choice, I object to the political exploitation of the allegation made by National Public Radio (“NPR”) that Supreme Court Justice Ruth Bader Ginsburg’s last dying wish was that her replacement should not occur before the presidential election. If this was really true, then her death on Rosh Hashanah has both spiritual and political significance.

Quoting Wikipedia on the significance of Rosh Hashanah:

“The Mishnah contains the second known reference to Rosh Hashanah as the “day of judgment” (Yom haDin). In the Talmud tractate on Rosh Hashanah, it states that three books of account are opened on Rosh Hashanah, wherein the fate of the wicked, the righteous, and those of the intermediate class are recorded. The names of the righteous are immediately inscribed in the book of life and they are sealed “to live”. The intermediate class is allowed a respite of ten days, until Yom Kippur, to reflect, repent and become righteous; the wicked are “blotted out of the book of the living forever”.

Accordingly, if anyone gives political importance to the alleged ‘last request’ of this liberal advocate, this exploitation is not only condemned for good cause by conservatives, but also obviously by the act of God.

Terminating Justice Ginsburg’s life on Rosh Hashanah, the day in which “the wicked are ‘blotted out of the book of the living forever,’” does not reflect well on officials at NPR who have milked the heroine’s death for political and financial gain.

Notwithstanding the outstanding contributions “RBG” made to equal rights and justice for women and men, but for all we know Justice Ginsburg’s death on Rosh Hashanah serves karma upon those exploitation-artists at NPR, and equally despicable ‘liberal’ propagandists, who refuse to “reflect, repent and become righteous.”

Republicans, it seems, would best serve God, the Constitution, and the nation, by replacing “RBG” forthwith.