In 2007, Herma Reyna, a resident of Maui and Hawai’i for over 40 years had purchased a home in Makawao, Maui which was owned by Maui Financial Loan and Mortgage. 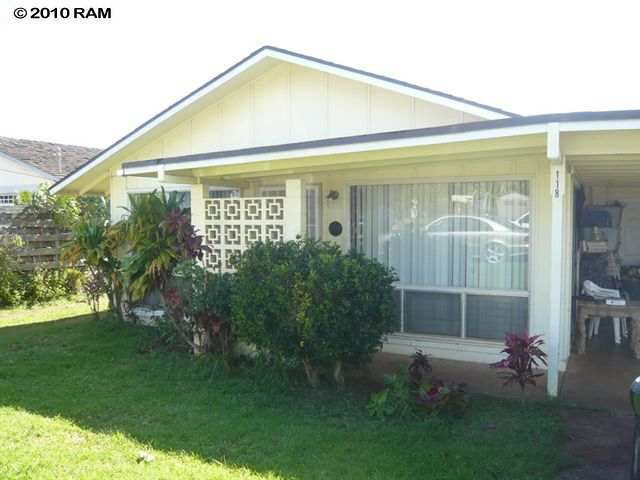 This property was once owned by Lloyd Kimura who got the bad end of a collaborated racketeering and fraud sentencing, as the sole person imprisoned for 21 years, for Ponzi schemes and embezzlement, using this company.

When Mrs. Reyna went to purchase the home. she was not able to qualify alone. So she used her husband’s information, but the real estate agent for Maui Financial acted as a real estate broker, simultaneously in the signing of the mortgage.

Even though they utilized her husband’s information to qualify her they refused to allow him on any of the paperwork.

From the start it was a strange affair as Maui Financial then switched immediately to Meridian for whom Mrs. Reyna had an agreement.

Immediately, National City Bank out of Ohio had made some kind of allonge that showed the transfer of the Mortgage into their name by MERS (Mortgage Electronic Registration Systems) which was unlawful since MERS is not qualified to transfer any titles to service providers or loan holders, but to record them.

On the allonge is an unknown name not belonging to Mrs. Reyna dating back to May of 2007.

Now, the said document was created and recorded in Hawai’i land court stating that National City had merged with PNC Bank of Pennsylvania to take over this allegedly MERS transferred title.

The problem is that Meridian sent a certified note and “bailee letter” to National City before such a time stating that they are not giving the note or title or Mortgage to be transferred to them, instead it was to be transferred to a bank in Michigan known as Flagstar.

So, at that point in 2007 there are two factors that made PNC Bank’s claim irrelevant, the fact that the company that merged with them had a false signature not being Mrs. Reyna’s on the allonge they should not have recorded as the original lender, Maui Financial/Meridian sent a note rejecting transfer and notifying them of transfer to another bank.

Secondly, that MERS is not a proper or lawful transfer agent of titles as noted by PNC Bank and their lawyer Lloyd Workman in California who claimed it was.

So, the note from Meridian themselves knocking PNC Bank off the ownership of the loan is also two days before they created this suspicious allonge.

Due to such suspicious dealings from the beginning Mrs. Reyna was harassed for a number of years for debts that this bank did not have the right to collect.

Mrs. Reyna, her children, and grandchildren were harassed a number of years by process servers until at last the bank put a notice of service by publication via the newspaper against her to summon her to court in about 2016.

Mrs. Reyna was following the standard court proceedings and being elderly and unable to just come to court ha to make her appearances telephonically. 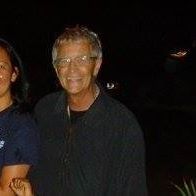 She had asked around about who was the word of mouth best lawyer in foreclosure situations and was referred to a David McCreight of Cain and Herren, an ex-accountant for the banks who misrepresented himself intentionally as a lawyer for Cain and Herren and even retained a signed contract with Mrs. Reyna.

From the start Mr. McCreight wanted Mrs. Reyna to short sale the home and then he allegedly was in the process of making negotiations for fair prices with PNC Bank’s lawyer at Aldridge Pite, LLC named Andrew Tellio via email and phone before a scheduled conference meeting before Judge Cardoza in July of 2017.

Mr. McCreight stated that he had the conference set for continuance and that Mrs. Reyna would not have to worry about coming to court as he negotiated with Mr. Tellio (PNC’s lawyer). 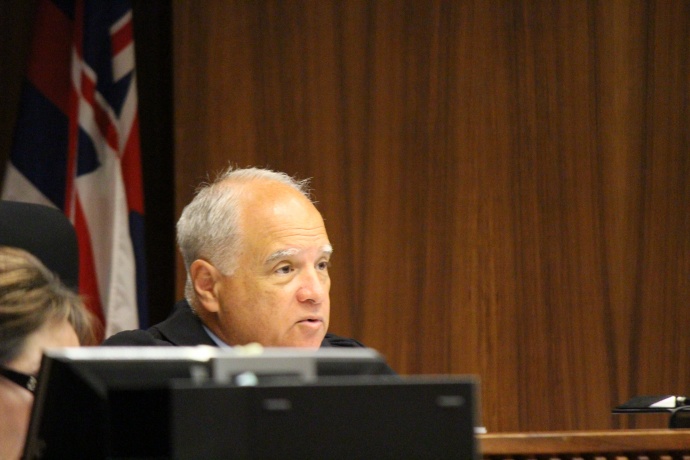 Sure, enough the day of the status conference, Mr. McCreight says that he is unfortunately unable to show up for court that day and Mrs. Reyna is forced to call, but is unable to reach the judge’s chambers in time.

Mr. McCreight’s intentional foul up is followed by Cardoza issuing a Summary Judgement against Mrs. Reyna for Foreclosure. She as Defendant Pro Se, puts in immediately a Motion for Reconsideration which leads to a new telephonically held hearing in October of 2017 for which Cardoza immediately shoots her down without hearing evidence or noting the paperwork and contracts showing Mr. McCreight as the hired lawyer.

Nor looking at negotiations between Mr. McCreight in the bank via email that were printed prior to his intentionally erroneous ruling. Cardoza then insist upon the addition of a Commissioner into the case

All the while, Mr. McCreight is being friendly and persuasive in emails with Mrs. Reyna about short selling her home again to friends of his.

It is only at this time later it is revealed to her that Mr. McCreight’s new reason for not showing up to court on her behalf despite the contract and his representation of himself as a lawyer to her son and daughter in law also is because all the while he was only just a Paralegal in pretense.

This false advertising and Mr. McCreight’s games really fouled up the good case that Mrs. Reyna had to save her house from foreclosure.

By December 4th of 2017 an order was put in by Cardoza rejecting the Motion for Reconsideration of the Summary Judgment of Foreclosure without even having scrutinized one bit of evidence on behalf of Defendant Pro Se, Mrs. Reyna, and her family.

He then appointed as Commissioner on the home Cain and Herren LLC, who were the firm that Mr. McCreight, Mrs. Reyna’s fake counsel that had contracts with her on the same case worked at.

Elizabeth Cuccia was the main Commissioner for Cain and Herren and when Mrs. Reyna brought forth allegations of Conflict of Interest.

Judge Cardoza refused to hear it and struck down that there was a Conflict of Interest on record (even though there clearly was) and instead removed her as Commissioner due to avoid “other issues”, but Cardoza on record refused to acknowledge it for what it really was.

Mrs. Reyna went forward to try and appeal for her home in the Intermediate Court of Appeals,but was 9 days too late in reaching the deadline.

Within six months the appeal process was rejected unfortunately due to lateness of Appeal.

The actions of Judge Cardoza’s lower court that were done via fraud and games continued.

As the Foreclosure and Auction continued in the Second Circuit Court of Wailuku. Maui with Judge Cardoza a new Commissioner was to be appointed. 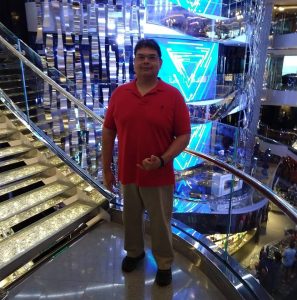 The newly appointed Commissioner was still an affiliate of Cain and Herren, (still a Conflict of Interest), named Walter P. Vierra of Lahaina.

More conflicts of interest remained because Mrs. Reyna had a case against one of Mr. Vierra’s co-workers and church members of Maria Lanakila Catholic Church in Lahaina, that came before Cardoza in his chambers several years before, concerning different property matters.

Also, Mrs. Reyna’s ex-husband, children, and grandchildren have biological ties to Mr. Vierra’s family, so this was one of several other reasons brought forward to Judge Cardoza besides the connection of the new Commissioner, Walter Vierra to her prior counsel at Cain and Herren for being a clear conflict of interest.

Judge Cardoza still would not see the conflicts of interest and favored this privileged Commissioner who also has lineal ties to the Cardoza family besides.

Both of them were Catholic and close with Cain and Herren, so in the “Good Ole Boys Club” sense of things being done, Mrs. Reyna was wrongfully being taken for her home, without even being allowed a proper defense against the Judge’s unscrupulous and questionable handling, and administration of laws and procedures in the case.

Proof of an email from Mr. McCreight being retained to serve Mrs. Reyna, and asking for Continuance and negotiation with the rival banks lawyers on O’ahu, should have been enough for Judge Cardoza to consider allowing her to come to a hearing or proper trial with evidence, but he did not. 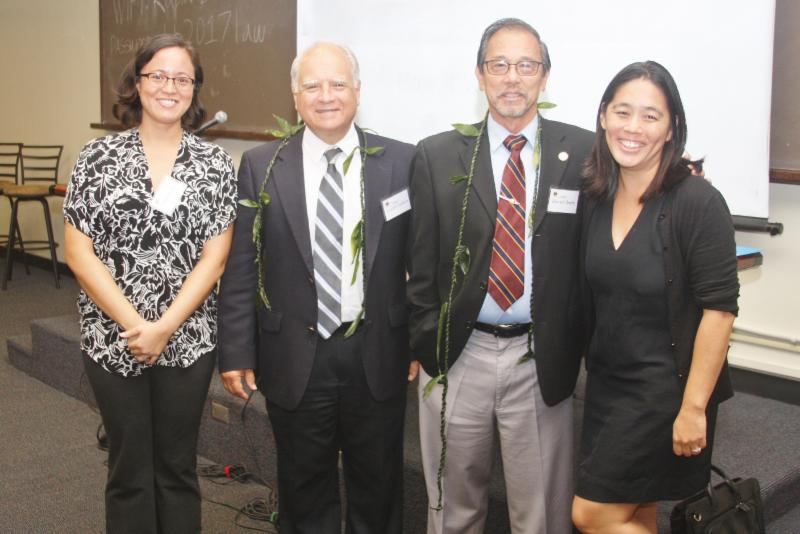 Judge Cardoza also from the beginning tossed out and denied Reyna’s request to have her case heard by a jury without any given reason, which was also her right as a citizen in the “State of Hawai’i” as well as the United States of America.

It is mid 2019 and the house is still pending hearings in the lower court over auction Without Open Houses, but a complaint for fraud has been filed against the bank federal court at this time.

Since, seeing all this and other reports and allegations against Cardoza, Mrs. Reyna is certain that he and his buddy system of profiteers can be deemed as a Racketeer Influenced Corrupt Organization (RICO), and that others should look up the appropriate violations under these federal acts, concerning racketeering and corruption, and put a stop to it at once.

Although, he retired promptly after other expose’s were published, the damage is still done and there are those that have lost everything, and those that are still fighting their ground to not lose everything due to such corruption.

The time is now to nip in the bud all corruption against common citizens perpetrated by the law officials and politicians themselves in this racketeering and deviously fraudulent schemes. Expose them and fight back at once!