Allegations have eroded confidence of the people of Nigeria in their judiciary.
Nigerian Corruption: The acid test of judicial officers

for the Nigeria Village Square

The Supreme Court is an important institution of our society but it is an institution that is occupied by human beings who have their shortcomings too. It is not only the Supreme Court that has been the butt of public criticisms over corrupt practices. Across the country, there have been mounting accusations of corruption against members of the judiciary. For instance, at the end of a recent meeting of its national executive committee in Awka, Anambra State, the Nigerian Bar Association identified the challenges facing the judiciary partly as “debilitating corruption eating into and corroding the entire judicial system”. It noted that corruption in the judiciary is now deeply entrenched.

Allegations of corruption against the judiciary have also become a source of concern to members of the House of Representatives, themselves not entirely free of corrupt practices. Nevertheless, the House has mandated its committee on justice to investigate troubling allegations of corruption in the judiciary. As Henry Seriake-Dickson, chairperson of the House Committee on Justice said last week, “…these allegations and counter-allegations are in the public domain and they have eroded the confidence of the people of Nigeria in our judiciary, which is critical to the survival of our country and our democracy.”

Growing public unease about corruption in the judiciary was given further impetus by the recent allegations made by the president of the Court of Appeal, Justice Isa Ayo Salami, against the Chief Justice of Nigeria, Justice Aloysius Iyorgher Katsina-Alu. Justice Salami had accused Justice Katsina-Alu of trying to pervert the course of justice when he directed him (Justice Salami) to influence the outcome of the election appeals tribunal on the Sokoto State governorship election by either disbanding the appeals tribunal or influencing the members of the tribunal to rule in favour of the incumbent governor.

The question that has arisen over the contradictory dates of birth of Justice Katsina-Alu is: when was the man born and when is he due to retire from the Supreme Court? These questions have taken on extra significance because of two issues: the constitutional requirement that a justice of the Supreme Court or Court of Appeal must retire at the age of 70, and the likelihood that the outcomes of the forthcoming elections are likely to be disputed up to the Supreme Court level.

In the case of Justice Katsina-Alu, two contradictory dates of birth are being queried by the press. The first date of birth, taken from the Supreme Court’s staff nominal roll, suggests that the man was born on 28 May 1941. If the date is correct, Justice Katsina-Alu would be due to retire on 28 May 2011, thus making it imperative that his replacement as the Chief Justice of Nigeria will have the honour to swear in an elected president on 29 May 2011. The second date of birth, taken from the current list of members of the National Judicial Council, stipulates that Justice Katsina-Alu was born on 28 August 1941, signifying that his retirement date will be 28 August 2011.

The two dates of birth are no doubt incompatible. Unassailable evidence will be required to set the records straight and to resolve the controversy. So far, the Supreme Court which responded angrily a day after the press reported on the inconsistent dates of birth has produced no evidence to support its claim other than to maintain the position that Justice Katsina-Alu was born on 28 August 1941 and not on 28 May 1941.

Different people hold different views on whether Justice Katsina-Alu ought to have responded to the allegations made against him by Justice Salami in regard to the Sokoto State gubernatorial dispute. If he had refuted that allegation with faultless evidence, perhaps the current furore over his date of birth and his expected date of retirement from the apex court would not have arisen. And because he did not deny or refute that allegation, many people still hold it in their consciousness that perhaps there could be a grain of truth in that allegation made by Justice Salami.

Another perspective also queries the timing of the allegations made by Justice Salami. Why, for example, did Justice Salami (the accuser) wait for years before releasing that information into the public domain? Could there have been other compelling reasons or motives that prompted the allegations he made against Justice Katsina-Alu? Indeed, is it possible that Justice Salami might be holding in his chest other potentially damaging allegations against the Chief Justice and even other justices of the Supreme Court?

Certainly, these are not the best of times for the Chief Justice of Nigeria and indeed for the judiciary. In the past two weeks, the moral uprightness of Justice Katsina-Alu has been queried, first by Justice Salami (president of the Court of Appeal) and now by niggling inconsistencies in Justice Katsina-Alu’s date of birth. Perhaps it is a good thing that the Supreme Court and the judiciary are being scrutinised. It may not be necessary for the exalted members of the judiciary to wash their dirty linen in public but sometimes it may be necessary in order to expunge from that establishment the pervading stench of corruption and other contemptible practices.

Improper conduct by judicial officers must be deemed to be an issue of national significance. In the past 10 years, a number of high court judges have been dismissed or suspended either because they compromised their office or because they were found guilty of undermining their professional integrity. Until most recently, the judiciary was perceived as the conscience of the nation and the defender of the common person. Not anymore! Increasing allegations of corruption, no matter how minor, have exposed the judiciary to public ridicule. As I noted in previous essays, reprehensible conduct of judicial officers that weaken their professional uprightness must not be tolerated.

When aspersions are cast freely on the character of any senior judicial officer such as the Chief Justice of Nigeria, it is the nation’s judiciary that will bear the pain of the humour that will arise from that critique. A corrupt high court judge or justice of the Supreme Court is not only an embarrassment to the judiciary but also a threat to the ability of judicial officers to dispense justice equitably. Inappropriate behaviour by either the Chief Justice of Nigeria or justices of the Supreme Court will hasten negative perceptions of the Supreme Court as a sacrosanct institution occupied by dignified men and women. Supreme Court justices do have an obligation to the Nigerian society. In their role as the final arbitrators of legal matters, Supreme Court justices must be fortified with the moral strength to sit in judgment over every case that comes before them.

Justices of the Supreme Court are perceived as men and women of high character. For that reason, they are highly esteemed because they occupy positions of trust. Public expectation therefore is that those who interpret the law must live and conduct themselves within the limits of the law. Those to whom much is given, much (not less) is expected. Justice bought is justice compromised. 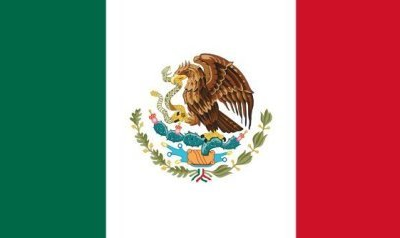