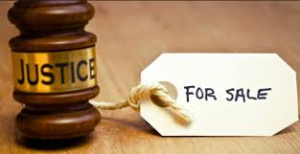 Presunto Culpable, a documentary about Mexican judicial corruption, has been ordered out of theaters by a Mexican judge.

In the two weeks since its release in Mexican theaters, Presumed Guilty (Presunto Culpable), a documentary about Mexican judicial corruption, has shocked moviegoers, broken box office records, and as of this morning, been ordered out of theaters by a Mexican judge.

Presumed Guilty is the effort of Lawyers with Cameras, an effort by two Mexican lawyers, Layda Negrete and Roberto Hernandez to bring cameras into Mexican courtrooms to expose the corrupt Mexican judicial system. The film focuses on the harrowing tale of Antonio Zuniga who was convicted of murder despite the fact that no physical evidence existed, he had no connection to the victim, prosecutors put forth no motive, and a large number of witnesses saw Zuniga working in his market stall (far from the scene of the murder) at the time of the murder.

After hearing about Zuniga’s conviction, Lawyers with Cameras first spent months filming witness after witness who testified to Zuniga’s whereabouts during the murder. Their footage of Zuniga’s retrial, though, is what leaves Mexican moviegoers angry and ready to fight for change. Evidence was irrelevant. Detectives did not have to answer questions. At times, the defense lawyer was not even allowed to ask questions. It did not even matter that the eye witness, upon whom the entire case was based, admitted that he did not see the person who fired the gun. Zuniga lost his re-trial and was sent back to prison.

Eventually, after seeing the video footage, a three-judge panel ordered Zuniga’s release, but thousands more continue to languish in Mexican prisons in spite of no evidence of their guilt and often even clear evidence of their innocence.

Despite constitutional reviews and subsequent judicial rulings that the courtroom is a public space where cameras should be allowed, Victor, the eye witness, sought today’s injunction based on improper use of his image. Critics of the ruling say that Victor is being used as a pawn. According to Anat Shenker-Osorio, a consultant to the film, “Victor is a powerless resident of one of the poorest parts of Mexico City. It is unlikely that he would be aware of the option or take the initiative to sue on his own behalf.”

It is also unlikely that Victor, if informed and motivated, would have had the money to hire a lawyer. More concerning, the court, which usually takes months or years to rule, ruled quickly that the film must be pulled from theaters Friday.

The Minister of the Interior who issues film permits said in an official statement today that they will appeal the suspension but admits they do not have the authority to overrule the court.

“It appears the filmmakers are being presumed guilty and will need to re-prove the movie is legally permissible in order for screenings to resume, while the witness here, who had a man jailed with his blatantly false testimony, gets legal redress right away,” Shenker explained.

British director Geoffery Smith re-cut the film in 2008, and then it was shown at film festivals around the world. It premiered at the 2009 Toronto Film Festival and won Best Documentary at a major Mexican film festival. An abbreviated version of the film aired on PBS in the U.S. in December.

When the film’s distributor first suggested a smaller theater distribution than they had envisioned, Hernandez and Negrete launched an Internet-based fundraising campaign to cover the costs of a more widespread distribution. Upon its release on February 10, Mexican audiences responded. The film has shattered several box office records, even outperforming The King’s Speech.

The film’s distributor, who is donating profits back to the cause of reforming the Mexican judicial system, has expressed surprise at the record-breaking attendance by moviegoers, “We are pleasantly surprised at the results. We knew there was curiosity to see the film, but we did not imagine the response would be so overwhelming.”