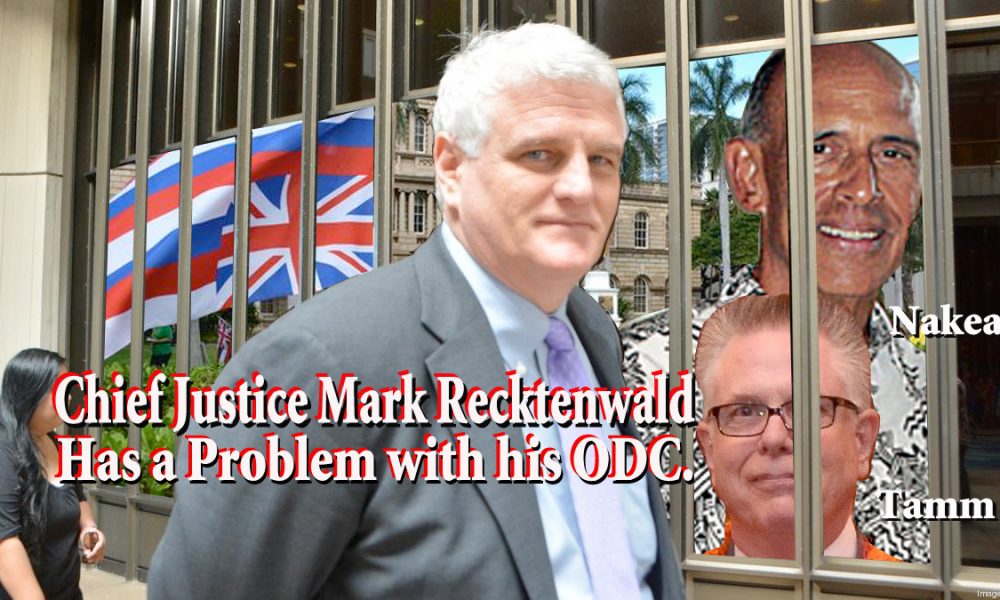 The main victim and witness, Dr. Leonard Horowitz, filed the complaint as a social service.  The internationally-respected consumer protector, public health advocate, and award-winning filmmaker has witnessed thousands of Hawaii citizens getting ripped-off by foreclosure fraud and rampant judicial corruption in Hawaii. Lawyers Dubin and Sulla stole the doctor’s house, and Nakea and his subordinate, ODC Director Bradley Tamm, acted to conceal their liability after evidence was requested by ODC investigators trying to do their jobs.

Horowitz then filed a complaint against Tamm who, incredibly, had acted in favor of Sulla during Horowitz’s bankruptcy caused by Sulla’s and Dubin’s conspiracy to steal the whistleblower’s spa property.

After fighting in multiple courts for a decade, diverting the doctor’s career in public health, the doctor learned the entire Hawaii judiciary was acting illegally–beyond legislated authority and ethics rules, plus operating secretly without jurisdiction in actions against fellow judges and their appointees.

Nakea had appointed Tamm, who currently oversees the ODC. Nakea instantly dismissed Horowitz complaint without required review or investigation to protect himself as well as Tamm.  Nakea appointed Tamm knowing he had been previously censored and suspended in California for drug abuse, alcoholism, embezzling clients’ money, failing to make restitution, willfully violating laws, practicing law without a license, and a list of ethics violations.

“That’s how you secure the mob’s confidence in Hawaii,” Horowitz explained. “You get caught in crimes, make a deal, and keep doing what the crime bosses demand. We clearly see this pattern-and-practice with Tamm, Sulla and Dubin too.”

“Hawaii judges have the worst reputations in the United States,” the doctor noted, referencing a 2016 study by the Brennan Center for Justice that found Hawaii the only state in America insulating judges from legislative, executive, and public scrutiny. [1]

The courts and prosecutors in Hawaii have repeatedly defied police and FBI requests for Sulla’s prosecution. Nakea and Tamm, like every judge involved so far, acted willfully-blind to Sulla’s verified set of forgeries discovered by County of Hawaii officials and confirmed by FBI agents. Sulla forged documents to steal properties used to launder drug money. The evidence is overwhelming, yet judges and local law-enforcers won’t see it.

Kane gave another example of rampant fraud in Hawaii’s courts published in JudicialCorruptionNews.com. “Generally, honest judges and lawyers join all parties who hold interests in contested properties. Otherwise, you risk losing everything and gaining nothing. That’s like fighting against a phantom in a rigged court. The Supreme Court of Hawaii’s Intermediate Court of Appeals, and three lower courts, have refused to join Sulla 9 times over the last 8 years, defying this most basic ‘Rule 19’ requirement to administer justice.”

As one FBI investigator concluded, ‘The judges are doing this. They have permitted Sulla to steal the property by forgery.”

“The planes and ships are leaving Hilo and Honolulu with Sulla’s DMT. Then there’s meth and marijuana. No one stops it,” Kane complained.

Hawaii is a Democrat-controlled gateway for drug smuggling from Asia and Mexico to the mainland. The local mob’s racket is opposed by President Trump’s border security bill. Yet hypocritically, the state’s chief law enforcers have permitted Hawaii’s booming drug and human trafficking trade ever since the Opium Wars more than a century ago. Then, Anglo-American merchant mariners and their ‘Big Five’ companies took over the islands after devastating China with opium. Today, $1 billion annual income is projected to damage America’s youth from Sulla’s ‘ayahuasca’ enterprise alone.

Horowitz and Kane both acknowledge ProSeLegalAide.com for help in opposing judicial corruption. The service offers a 30-day free trial and is geared to defend against corrupt judges and lawyers nationwide, Kane says. “This is most useful in Hawaii.”

The doctor’s most recent articles are found on MedicalVeritas.org and 528Revolution.com.

[2] Click to download a pdf of: COMPLAINT w- Exhibits 1-21 to Ethics Commission et al RE- Bradley Tamm 12-13-18 [3] Click to download a pdf of Dr. Horowitz’s ODC Complaint against Clifford Nakea w/ Exhibits filed 1-7-19 [4] Click for a pdf download of: ODC v Dubin Original Memorandum in Support of Petition 035327230. [5] Click for a pdf download of: Supreme Court Ruling in OCD v Dubin Petition for Suspension Denied Aug 13 2018 [6] Click for a pdf download of: Bradley Tamm’s California Disciplinary Private Reproval File, including details evidencing alcohol and “self medication” record, embezzlement of clients’ money, evasion of making restitution payments to his victims, and unemployment and homelessness at the time he was taken in by the Honolulu Chapter of the Attorneys’ and Judges’ Support Group . . . sponsored by the Supreme Court of Hawaii . [7] Click for a pdf download of: Complaint to Judge Gerald Y. Sekiya, Chair, Commission on Judicial Conduct with Exhibits 1-12, mailed 1-9-19, objecting to the Intermediate Court of Appeals Judges Ginoza, Fujise, Leonard, and Reifurth’s “pattern and practice of HRCP Rule 19 violations, and HRCJC violations of Rules 1.2, 2.2, 2.3, 2.4(b)(c), 2.5(a) and 4.1(a)(12), pursuant to four Orders denying the joinder of proper and jointly liable party Paul J. Sulla, Jr. in CAAP 16-0162; 16-0163; and 18-0584. ” [8] Click for pdf download of ODC Dismissal of the Complaint Horowitz filed against Nakea, issued by ODC Vice Chairman, Jeffrey P. Miller 1-11-19. [9] Click for pdf download of Supreme Court Chief Justice Recktenwald’s recusal (of 1-8-19) to avoid an impression of bias or conflicting interest, in direct conflict with the ODC’s dismissals of the Complaint against Tamm claiming bias, conflicting interests, obstruction of justice, evidence tampering, and complicity in theft of Dr. Horowitz’s property. At the same time Judge Recktenwald converted the Complaint to a Writ of Mandamus, assigned Case No. SCPW-19-0000035, and directed First Circuit Judge James H. Ashford to adjudicate the case in the Supreme Court of Hawaii.
0 0 vote
Article Rating
Related Items
Please login to comment
0 Comments
Inline Feedbacks
View all comments
Uncategorized 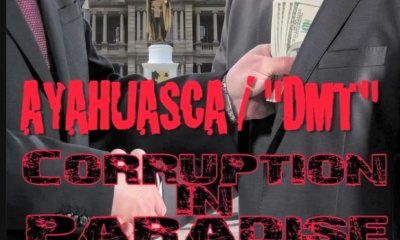